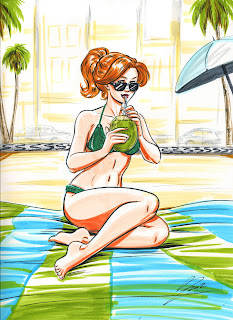 The holidays have come and gone...my last post was on Thanksgiving, and here we are two weeks into the new year. The busy end of 2011 meant that I had to sideline work on "Somewhere In Between" for a little while to focus on finishing up some other comics projects. The first of these, for those who haven't seen it yet, was called "The Hyacinth in Flight"...a short eight-page story for Skipper Martin's "Bizarre New World" universe, written by Corinna Bechko. You can check out the pages in progress (my pencils and inks, soon to be colored and lettered) here.

The second was a brief revisiting of another short story I did a couple of years back with Jamie S. Rich (of "You Have Killed Me" and "Spell Checkers" fame). I first met Jamie when I was a student at SCAD, and he was editor at Oni Press. As I remember he gave me quite a positive critique, so when I ran into him again at San Diego Comic-Con in 2009, I thanked him for being so encouraging, and he asked to see my portfolio. He liked my new work even better, and offered to send me a script he'd been working on for a romance anthology. I pencilled and inked the story that fall, and the anthology fell through, but we were both proud of the story and decided to hang onto it, and see if it found another home.

And indeed now it has, two years later, with Double Feature. Our story "Two Wheels, Two Feet" will appear next month in a special romance edition, which can be downloaded to all your digital gadgets! To get you excited, here is the cover illustration I just finished... 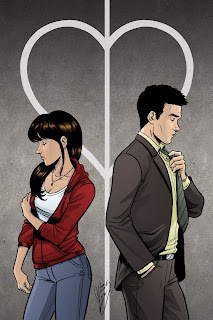 Mmm...angsty! :-) Jamie and I are also working on another project together at the moment but I can't tell you much about it, except that it will be awesome.

Which, brings me to the other big news of 2012. It's sort of a two-parter...the first, is that I am going back to Brazil next month and staying through mid-March. It's been almost two years since the trip that inspired me to write SIB, and I'm returning, partly to do some research to continue the story, partly as a sabbatical to rest and recharge my creative batteries. (And partly because CARNAVAL!)

The flip side of this news is that in order to take a month off, I have decided to go freelance, splitting my time between what has been my day job for four years, and comics, which have always had to take a back seat. As of March 15, I will be consistently available to do commission illustration, comics, and storyboarding work...and hopefully will resume posting new strips as work allows!

I'll be keeping travel sketches and working on SIB while in Brazil, so stay tuned to the Facebook page and to Twitter for new artwork, and for updates on the adventure. I'll also post a link to download "Two Wheels, Two Feet" as soon as it's available!

Much love and thanks for all the patience and support. This year is just starting and already things are looking awesome. Beijão!
Posted by Cory Megan Levens at 9:32 PM No comments:

For all our American readers, I hope you had a wonderful Thanksgiving holiday and are currently---like Molly here---eating pumpkin pie for breakfast and turkey sandwiches for every other meal. Or gloating over your Black Friday purchases (or the mere fact that you survived Black Friday). For everyone else...well, I just want to use the obvious holiday to thank all of you who read and support this webcomic. Thank you and obrigada! 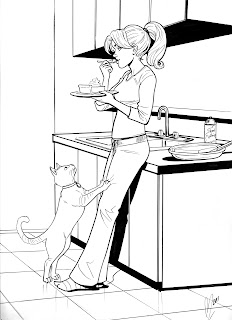 Posted by Cory Megan Levens at 9:31 PM No comments: 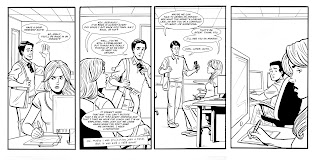 Posted by Cory Megan Levens at 4:19 PM No comments:

Does This Mean You're Moving On? 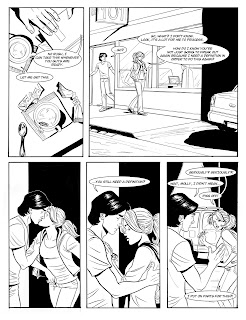 Posted by Cory Megan Levens at 8:25 AM No comments: 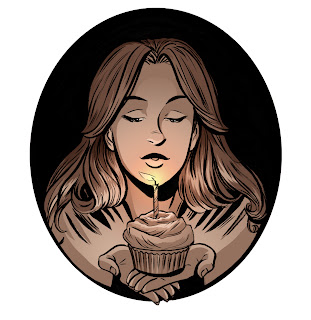 SIB turns one this weekend! Yes, one year ago the webcomic launched, with a handful of promotional stickers at Long Beach Comic-Con 2010. Jump ahead to 2011 and we have 85 fans on Facebook, followers all over the world (including a huge jump in readership in Brazil! Oi, galera!! Obrigada!), and a couple of my ex-boyfriends e-mailing me occasionally to correct me on their hairstyles and dialogue. I've self-published a book of the first 28 strips. And the story continues...


I want to give a very big thank you to each and every person who reads SIB. You guys probably all know that although I am a paid illustrator, this is not my day job, so every SIB strip or sketch or script requires staying up late on a week night, or staying home on a weekend, and knowing all of you guys are out there enjoying this strip makes it all worthwhile. Thank you and I will keep it up as long as one of you is still reading!

Secondly I want to thank everyone who helps make the existence of SIB possible...my letterers to date, Brian Campbell, Terry Blas, and Kimball Davis. You guys rock, and you make my comic look like it's the real deal. Thank you to my roommate Julie for letting me ink on the living room coffee table. And thank you also to everyone who inspired and continues to inspire this story. 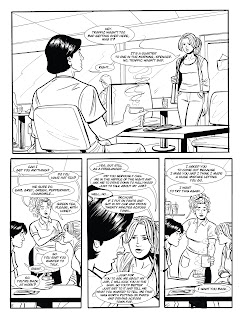 Posted by Cory Megan Levens at 8:12 AM No comments: 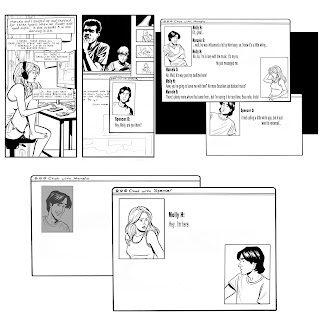 Posted by Cory Megan Levens at 8:36 AM No comments:

Promote Your Page Too

A Few Of My Favorite Things